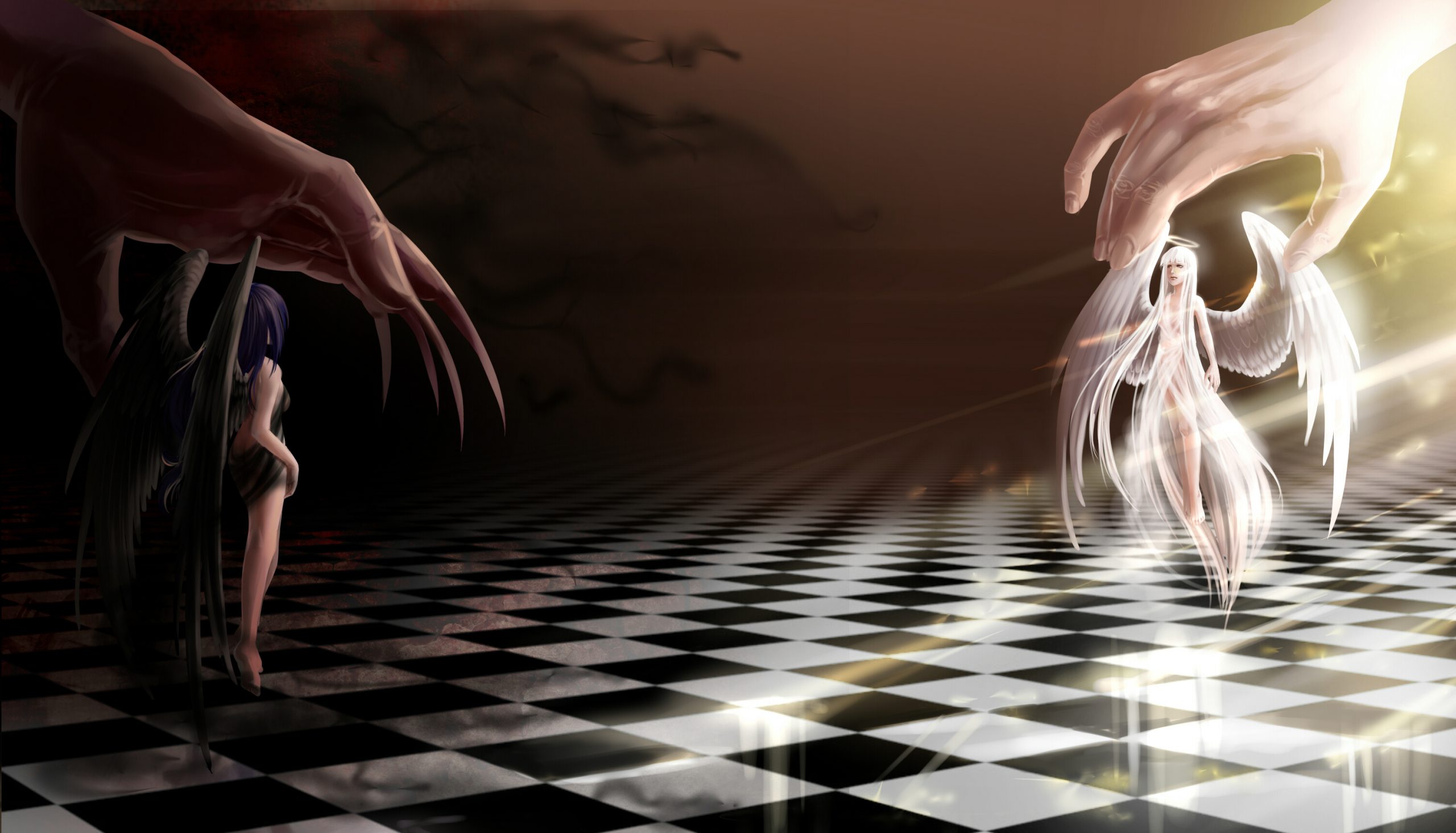 Greetings. If you listen to this video to the end, then the probability of success in your spiritual aspirations, without exaggeration, will increase several times. So let’s go.

I, like the authors of many YouTube channels, have already mentioned about the transition to the era of Aquarius, which provides for turning events and changes in absolutely everything. The most important aspect in this transition is the distribution of souls. Human souls that have reincarnated on Earth dozens or even hundreds of times, gaining life and spiritual experience, and sluggishly working through and again earning bad karma, no longer have time to work off, the time is up, and the following will happen.

In the case of a complete study of karma at the stage of transition to a new era, which is already taking place, the soul is determined – either after the end of the current life it will go to incarnate into more developed worlds, or it will continue to incarnate on this planet at its discretion, developing spiritually side by side with more mature ones. and evolved souls who will populate the Earth after the completion of the transition.

If the karmic burden remains unbearable and is not worked out by a person, then it is quite possible that in the next life he will be born on a denser and harsher planet and will develop there. And a certain share of this group of souls at the same time has every chance of moving into the dark hierarchy, and more often this happens by inertia, as a consequence, because the soul self-identifies itself on the basis of the experience that it has accumulated over its last lives, and if involutional thoughts and actions prevail there then this is not just karmic baggage. If the human soul at each fork made a predominantly choice in favor of destructiveness, temptation, involution, then in each case this is its conscious choice. What we strive for, that is what we come to.

To figure out how to take care of the transition of your soul into a new era, remaining in the light hierarchy, before, and to take care even before the transition is completed, while there is time, right now we will move from the general to the particular.

Today, wherever you spit, everyone will confidently call himself a morally and spiritually developed person. At the same time, the most catastrophic mistake of modern man on the path of spiritual growth is the daily throwing into spiritual growth, then into depravity, and even worse – a conscious combination of the first with the second. It is clear that if we were all saints, we would have left the wheel of incarnations long ago. While on the stairs, a person should either go up or down in the direction of degradation, but he should not stand in one place or rush back and forth. There are very clear examples of this absurdity: if a person works out in the gym in order to acquire a first-class figure and health, then it loses all meaning if you continue to indulge in fast food, smoke and abuse beer or whiskey and cola. If a person professes the spiritual laws of the Universe or, at worst, religion, then he should not violate them. If a person has cleaned his chakras and aura to shine, he must do everything so as not to clog them again with negative thoughts and emotions.

And the most important task of every spiritually developing person is that his spiritual growth should cover not one, but all areas – work with subtle bodies, with karma, with worldview, control of emotions and actions, with vibrations, with superpowers – with everything without exception. And not just pump just one aspect, get one “bun” in the form of healing a disease, character or growth in earnings, and immediately return to a low-vibration model of life. After all, we heal all organs and parts of the body, as well as wash the whole body in the soul as a whole. The same must be done for all subtle bodies, for the subconscious and for our physical mind and its character. If we ignore any of the above, then problems will arise there, and then it will be necessary to remove it anyway, but it will take several times more effort.

The following trend has also become very fashionable: lately, many people have been building an illusory framework for themselves. For example, in the opinion of such a person, his karma (aka sins) is pure or does not exist at all in his life, as a phenomenon, there are no blocks “he has”, he characterizes his character as “excellent”, and the level of knowledge and wisdom “reached peak ”, implying that he has reached the spiritual limit, stopping his spiritual and personal growth. Moreover, I personally know a whole mass of such people, and there are more and more of them. But we know that life is a kind of cycling, if you stop, you fall. When everything in the Universe develops and evolves every second, anyone who stops in the processes of development and growth begins to degrade, because all went ahead, and against the background of them the subject is already lagging behind, although he must keep up with the times. And also this Universe and its laws, including the laws of karma, energy exchange, unity among themselves of everything that fills and inhabits it, is similar to the work of the body. If a single cell stops functioning, i.e. ceases to work for the benefit of all other cells and the body as a whole, and even more so if a cell of some kind protests, mutating and causing damage to neighboring cells according to the principle of a rotting apple, then the body’s immune cells eliminate such a cell. Likewise, we owe our life to our soul, and the soul owes its life to its Creator, and the soul was created to be of benefit and assistance in the implementation of divine plans, where development and growth are inalienable variables.

Spiritual self-identification and awareness of humanity is rapidly going downhill, like a locomotive derailed. Now I will tell you a very funny example with one of my acquaintances. Once he talked about his work colleague, who, in turn, is a Buddhist. Of course, he was originally a black sheep in the team, which no one took seriously. But that’s not the point. An acquaintance of mine said that in this Buddhist he was most annoyed by the trait to analyze the correctness of his actions, his attitude to others and to everything that happens. Those. in fact, he is annoyed by the spiritual awareness of a colleague, which allows him not to make new mistakes, to live according to his conscience and in harmony with his soul, to grow spiritually, and the approach of the first, it turns out, is such that he acts and makes decisions outright mechanically at the level of either his ego or their animal instincts.

It all starts with disbelief in the Creator and with the belief that there will be no judges or punishments for our actions and thoughts. And when you profess the concept of impunity and complete freedom of action, the conscience goes on indefinite leave, and the ego swells to an ugly size. And people who live by this principle, unfortunately, are almost the majority. And if you look at their future in a generalized way with everyone coming up, you can only sympathize with them and breathe a sigh.

If we do not listen to our intuition coming from the subconscious, and do not analyze our momentary desires and intentions for truth, then the final decision will be either behind cold logic, which is often mistaken, or for our ego, and we will take such a decision as true. We follow the lead of our temptations, mentally agreeing with them and go with the flow, and temptations can generate larvae in our chakras, which will further intensify these temptations, turning them into dependence and obsession, when a person is no longer master of his will , and the satisfaction of temptations unconsciously becomes the meaning of life.

That is why, without awareness, introspection and sound self-criticism, there can be no question of any spiritual growth at all, no matter how much a person leafs through prayers in a book and cleans his chakras with fields.

Spiritual growth must necessarily be accompanied by the consolidation of changes in character and worldview, as well as the training of our will and awareness, and the systematic reduction of vicious thoughts and actions should become (attention!) A quantitative indicator confirming that we learn the lessons in everyday life not in words, but in practice. The meaning of working through sins or karma is to understand the lessons and learn them, i.e. in their prevention again. And working through the old karma with the simultaneous development of new ones is counterproductive, as it will not lead to anything good. What is called “marking time”. And this is perhaps the most important thing that the adepts of spiritual development need to realize, regardless of their esoteric preferences and confessions.

In order to cope with the assimilation of karmic lessons once and for all, it is critically important to take into account that almost all karma is worked through unconsciously, only at the subconscious level, which remembers the karmically causal events of past lives, and our mind, in turn, does not remember, and almost cannot stand no lessons or corrections in character. That is why, in order to effectively work through karma, you need to try to view in a meditative state the karmic lessons learned earlier, of course, not at one time, but in portions. In other words, to write off bad karma, it is enough to be aware of its causes in the subconscious, which cleverly copes with it, and in order to consolidate lessons at the character level and not repeat mistakes, you need to look at the lessons already accepted at the level of the physical mind. Both one and the other can be realized with the help of practices for working with karma posted on my channel. Similarly, there are ready-made solutions for other spiritual niches that we touched upon today.

Dmitry Melnik was with you, Healing of the Soul channel.