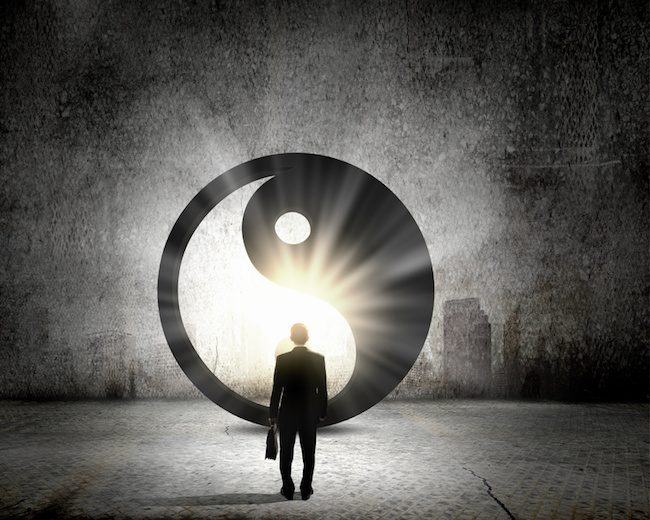 Almost everyone who consciously begins their spiritual and esoteric path is driven by a motive to solve some problem that simply cannot wait any longer. A familiar situation, isn’t it? It’s another matter when people learn about the karmic principles of causation, as well as gain access to meditative tools for working through karma not through adversity, but through understanding the root causes and learning the lessons. Here they count on the complete cancellation of karma and the resorption of all life problems, without understanding the main goal of the study, where the goal itself is not to eliminate the punishment for the mistake, as well as not even to realize the mistake, but to prevent this mistake again. And study is not the end of the work, but only the beginning of consolidating the lesson. Indeed, the assimilation is checked in practice in the future, testing the person, and if mistakes are done again, and the lessons are not learned in fact, the consequences are such that with each next express study through meditation the percentage of karma available for writing off by awareness will most likely be lower, and the percentage of karma to be worked off through life difficulties, in turn, will increase, just like in case of other people who do not engage in spiritual practices.

And in order to get the full picture, you need to look at the realities from even smaller scale, from which it is clearly visible that with each incarnation the number of both identical violations and the categories of violations that a person managed to get into, having tried to violate everything and everyone, increases, as an experienced karmic “criminal”, and therefore there may be a tendency for a proportional increase in the severity of punishments for repeated violations, as well as the level of complexity of writing off and transmuting karma, when the matter is no longer limited to just viewing the cause, realizing one’s guilt and promises of non-violation, and something has to be done, then compensate, roughly speaking, with a more mitigated punishment in comparison with what was previously regulated, but no longer its complete cancellation and forgiveness, as, for example, in the first violation. They can also often send repeated verification tests in an unexpected and unusual format, as well, as they can assign corrective work, which will also serve as compensation for restoring the disturbed harmony and material, physical or moral damage inflicted on others. Exactly, as well as so that the soul firmly learned the lesson and found a motive not to repeat identical violations again, so as not to ask for a more severe punishment, when, roughly speaking, a stone, rather than a snowball, may fall into the head, or instead of losing a wallet, the ribbon of the future may promise already the loss of a bank deposit or the devastation of the apartment by burglars. Such illustrative comparative examples are more revealing, and I could list them endlessly in view of my considerable experience in working with karmic causes. At the same time, many of us ourselves noticed the same type and painfully similar troubles, repeated throughout life repeatedly, like deja vu, and therefore many examples are not needed, it is enough to walk along our own life tape.

Summing up this point, we can say that the reserve for working through karma through writing off with zero consequences can be reduced over time if these mistakes are repeated, and the fact that at the end of the meditation on working through karma a person saw 100% of its successful working out, this is only 100% conscious karma from the array allowed for working out, because something may not be available for comprehension here and now, and to realize and learn a lesson is half the battle, much more important is the volume of what, after realizing, will be left to work out and compensate live, even in a softened format, after all, not everything can be written off by express study alone. The Universe somehow brings everything back to its original balance, and no one has ever done it, not even some magicians who, instead of working out their karma, threw it onto other victims, trying to avoid punishment, and whom punishment still catches up with, if not in the current one, then in the following incarnations. And therefore, whatever one may say, awareness + non-iteration is the shortest and easiest way to both write off and soften your negative karma.

By the way, such a system with increasing punishment for repeated violations of the same articles is applied in the earthly judicial system, as in many other systems, and even in the school system, where at first everything is bypassed by remarks, then by calling the parents to school, and in case of systemic violations of discipline at one point they are simply expelled from the educational institution. Even a small child understands that a promise, in exchange for which he was allowed to escape punishment, will be worthless if he breaks it immediately, after which the next promise will not have enough weight to go unpunished again. Everyone has a credit of trust, which can both be exhausted by breaking their promises to the Creator, the Lords of karma, the Universe and oneself, as well as build up, trying as much as possible to keep the promises made by oneself.

At the same time, there is also a very good, even wonderful side of the maturity of the soul, and it lies in the fact that with each new lesson learned, including the old one, learned again, a person with each subsequent life more and more clearly feels the experience and the call of our soul, what we call conscience, namely, what can be done and what cannot. Therefore, criteria such as maturity, experience and wisdom of the soul are always linked to each other and lead to the fact that a person, willingly or unwittingly, reduces the number of mistakes, both everyday and in moments of fateful trials, the sophistication of which also increases with each life for development and improvement of the soul. We can say that the age of the soul and its experience oblige it to think and act accordingly. The only difference is that you can walk your way with a minimum or zero level of resistance, thinking, speaking and acting as consciously and consciously as possible, or you can slip, indulge your ego, mow in a new way, receiving the payback of an increased level, but this will also lead the soul to correction and spiritual growth, only more traumatic and much slower. And everyone is free to choose which way to move – easy, when life becomes a fascinating and festive narrative, or complex, reminiscent of purgatory. This is freedom of choice, as well as the cause and effect of the choice made.

And the secret of the success of working through negative karma lies on the surface, the following emerges: when realizing each mistake or vice in the future, with all the effort of your will, try not to repeat it again despite any circumstances, even if this effort for self-control requires 99% of energy and will, and the action itself either spoken words – only 1%. And these efforts should go not to swallow grievances and negative experiences, but to prevent them, let go of any claims, to a healthy dose of indifference, and to interpret the situation from a positive and optimistic perspective, because everything always has its advantages. If you adhere to the principle of non-repetition of mistakes, then very soon you will notice that much less effort is spent on self-control, and even later, when you develop complete steadfastness, you simply stop reacting to any troubles. Just live and act always consciously and conscientiously, always making the right bright decision. So what, even if, bypassing tricky, but profitable and easy choices, you do not get ephemeral benefits or pleasure for your ego, but after a while fate will reward you for making the right choices, and only good karma will materialize, and there will be no trouble in the present or in the future. Isn’t that what we all dream about? To do this, it is enough to simply follow all the rules of the Universe in a disciplined manner, and this is not at all difficult, I assure you.

With you was Dmitry Melnik, the Healing of the Soul channel.